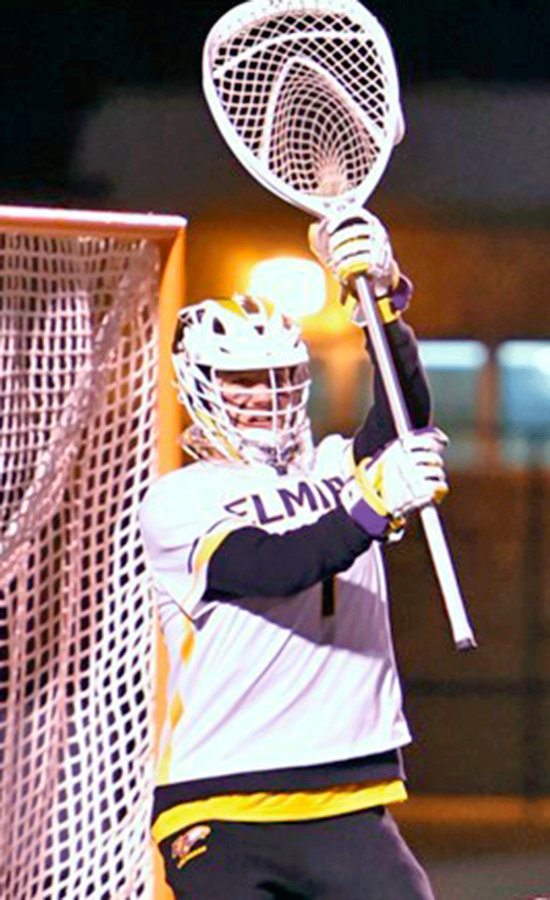 Mattice in net for Elmira.

Mattice was brilliant in goal as they posted a 2-1 record in the week. The junior netminder totaled 39 saves, a 7.00 goals-against average, and a .650 save percentage while playing all 180 minutes. He also added 17 ground balls and five caused turnovers to his stat line. For Mattice, the award goes down as the second E8 weekly honor of his career.

After a 24-save outing to begin the week against Keuka, Mattice surrendered a career-low one goal and made nine saves to secure a 12-1 victory over Alfred State. He wrapped up the week with six saves against SUNY Cobleskill to help preserve a 7-5 win for the Eagles.

On the season, Mattice ranks first among qualified goalkeepers in the E8 in goals-against average (8.75) and save percentage (.628), and is second in saves per game (14.75).